Opening Insights: Why Today's Kids are a Little Stupid

According to Wikipedia: The scientific method is an empirical method of acquiring knowledge that has characterized the development of science since at least the 17th century. It involves careful observation, applying rigorous skepticism about what is observed, given that cognitive assumptions can distort how one interprets the observation. It involves formulating hypotheses, via induction, based on such observations; experimental and measurement-based testing of deductions drawn from the hypotheses; and refinement (or elimination) of the hypotheses based on the experimental findings. These are principles of the scientific method, as distinguished from a definitive series of steps applicable to all scientific enterprises. 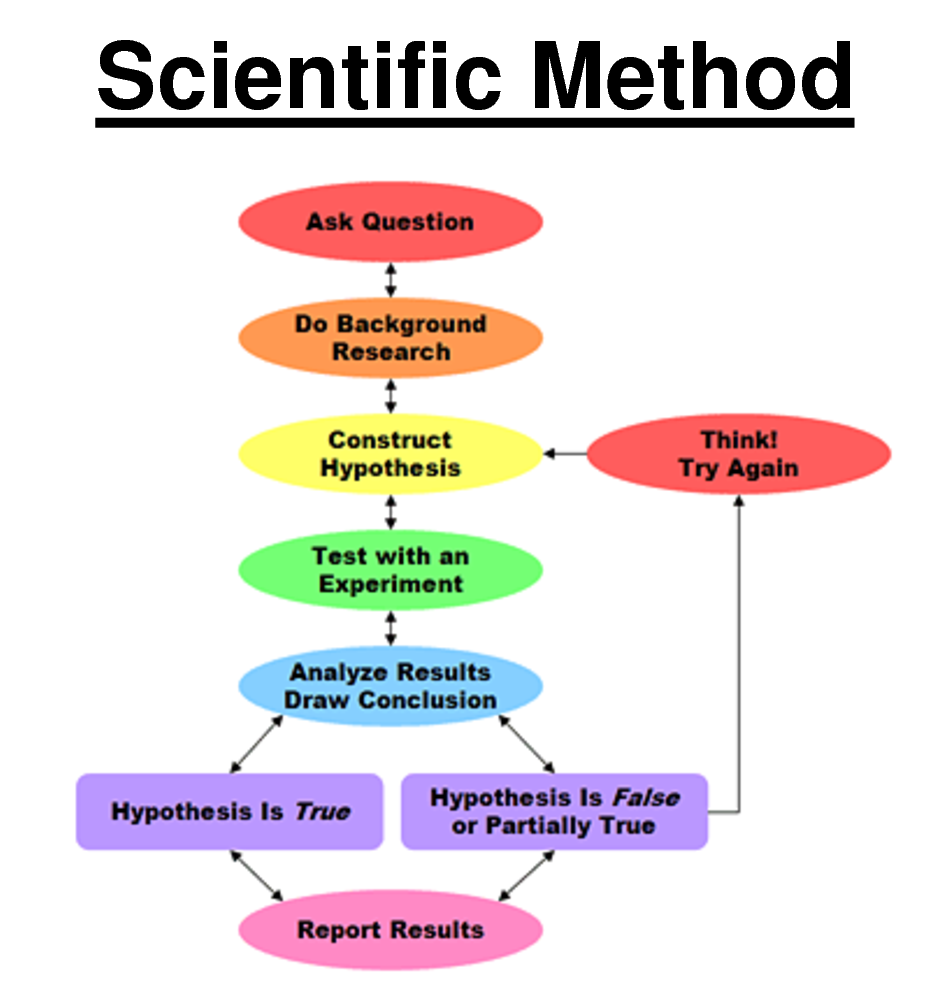 Current education, specifically STEM education, is failing to teach the scientific method. So, what's the story?

Like many teachers, I began the fall introducing my students to the scientific method. I even went a step further, trying to align myself with the Next Generation Science Standards (NGSS), and created an Engineering Design Process Chart with my students as well. We went through each step as we conducted investigations and solved design challenges. I was feeling pretty good about what I was doing with my students and their understanding of the steps.

However, I have spent quite a bit of time this year learning more about NGSS. I went to the Washington Science Teacher Association Conference, I took an online NGSS 101 course from Puget Sound Educational Service District, I discussed the new standards with teachers at my school, and I talked with my science educator professional learning network in Twitter chats. (#NGSSchat, Thursday nights at 6pm PST. It’s a great chat! Join in!) Through all of these experiences I came to learn more about the three dimensions of NGSS, including the Science and Engineering Practices. It turns out, that the scientific method as we have known it, no longer exists. Actually, it really never existed!

At first, when I realized the scientific method, as I know it, does not exist, I was thrown for a loop. It’s such a logical process. It makes sense, my students can use it, we sing about it. Why would they get rid of the scientific method? Yet, what I have come to appreciate is that the new Science and Engineering Practices are driving students to do science and engineering in more authentic ways. The truth is, scientists and engineers don’t follow linear steps. Yes, there are protocols, and there is order to their work, but they don’t ask just one question, they keep coming back to their question and ask more questions. They might revise a hypothesis along the way, multiple times! They will come to a conclusion, but realize that they need to investigate more, or research more, or create a new model, or start all over.

If we consider that the hidden wisdom of our time is often not within the article's published, but within the comments of the public, then we need to examine public discourse about the Scientific Method. In an article by Reuters titled: The Great Debate - The Limits of the Scientific Method In Economics and the World, by Roger Martin, the following comments were made and should be highlighted:

In my professional opinion (and I work in science and engineering), it is not the [scientific] method that is flawed, but mostly the assumptions made (oversimplified) and boundary/system conditions (too narrow) which leads to results that get then generalized beyond where they were intended too. I love the ones that assume “rational decision maker”. Newton and his reductionist approach has caused a lot of problems for fields that need to be encompassing rather than narrow.

It’s so very kind of you to admit that not all science is devoid of novel hypotheses considering the huge advances in our understanding of how the world works and the natural processes that underlie it all that occurred in the last century (for example) – advances that dwarf anything economics has managed to make. But the scientists who advanced these novel hypotheses were not creating a future that did not exist. The quantum nature of the universe existed all along; it did not suddenly arise because scientists proposed that it might be so.

I find your arguments rather devoid of merit. The only bit in your argument that does have merit is rather trivial. That would be “Rather than forgetting entirely that their theories were demonstrated to be totally lacking, and then going on to analyze some more and predict more based on those theories, they would have created a new hypothesis to explain what just happened”. Any scientist will tell you that when you are presented with results that are not explained by existing theory, you have no choice but to propose hypotheses which will explain it. You then must begin the arduous task of determining the hypothesis which best explains both the phenomenon you observed as well as all other phenomenon previously explained by your theories.

I’m glad I read this article, because now I know to avoid this author. What a load of steaming tripe! The scientific method is: the worth of a theory rests on its falsifiability by experiment. it’s not about ab/in/deduction.
rather unfortunate that a dean doesn’t have someone to call him out when he’s blathering.

Sure it was – we just didn’t have a model complex enough to predict it. But in hindsight we can see that it all started in the late 70s, intensified greatly during the 80s, floated/plateaued in the 90s, and crashed rapidly back down to Earth in the 00s. We can see that now. And our analysis of the past can now take the repercussions of deregulation, etc into account when we make forecasts for the future.

The scientific method says only this: we can never know everything, no conclusion is final. We only have a working hypothesis.

The scientific method is inherently forward-looking but since data cannot arrive from the future, we can only get data from the past and present. The only thing that will work around the problems of deductive/inductive logic under discussion here is a time machine. Nobody can predict the future, all models are just models.

Well, MisterMarket, I agree with you (I’m a physicist) but since I also have an MBA, I think some aspects of economics are amenable to a scientific approach but you first have to understand it to be able to effectively apply it. I question whether or not Mr. Martin does. The social “sciences” and economics typically fail for a couple of reasons. One, they haven’t identified all the factors that affect a given event and, two sometimes those factors are not constrained to follow a verifiable set of rules (like human behavior). The presence of the first factor will simply cause you to fail. The presence of the second factor will deny you the use of the scientific method and force you to use statistical methods. But I’m not the first to say that. A gentleman by the name of Asimov comma Isaac in his “Foundation” series talked about that long before me.

Economics as a science? That is laughable. If it were there’d be more of a consensus on fundamental theories like Keynes or Hayek.

Alan Greenspan is the poster child for failed economics. For nearly 10 years the housing bubble grew from Alan Greenspan’s proclamation that the derivatives markets had diversified risk, and the statistical evidence of a very recent look to the past. Narrow minded greed took down the protections provided by the Glass Steagal act. This wasn’t the scientific method, this was politics based on the weak assumption that the moral hazard was a deterrent.

I also laugh at the models that predict stock prices on the historical bumps in stock price curve as if price was more a reflection of symmetry and price psychology than events in reality like profits or deals.

Scenario planning is the best method for dealing with the futurer. Risks, costs, and benefits of multiple possible futures must be assessed with weighted values agreed upon by a team of experts from diverse disciplines. Then contingency plans must be devised. But that’s not all, constant monitoring with updates to the risks, costs, benefits, and weighted values are needed to keep the assumptions from going stale. This isn’t exactly science, it’s a practice like due diligence. Its an art form. It’s also a huge undertaking, so it is not done except in M&A and planning for large corporations. So, instead we make educated guesses and gamble on the future based on the two to three standard deviations of what has happened in the recent past. As long as it works until the next quarter, we’re golden. When it doesn’t we dust off our pants and move on.

The operative word here is gamble. We just apply mathematics to give it the appearance of science.
Posted by LEEDAP

Science, my boy, is made up of mistakes, but they are mistakes which it is useful to make,
because they lead little by little to the truth.
JULES VERNE

What is The Truth, verses a truth... and how do we discern what is really RIGHT?

As the world is pushed and conditioned into progressive ways of thinking that new is bigger and better, what is THE TRUTH? How do we discover and uncover? How do we research in a world that is so divided, not only on the methodology, but the intent.

In questions of science, the authority of a thousand is not worth the humble reasoning of a single individual.
GALILEO GALILEI