Oh, what a tangled web we weave...when first we practice to deceive.
SIR WALTER SCOTT

Some of us are aware of when we are lied to, many of us are not.

It's OK to not lie. Yeah, you read that right - it's okay to not lie and to be truthful, but in order to do that:

It weaves a thread of deception that builds a fabric that suffocates both the liar and the listener.

It starts off automatically or intentionally as a means of conditioned survival. As time goes by lying becomes a part of life, a part of living, breathing and surviving.

Lying, just like any other addiction, becomes a conditioned and cemented neural pathway. It becomes a learned behavioral reaction to life and to communication.

How to Become a Liar 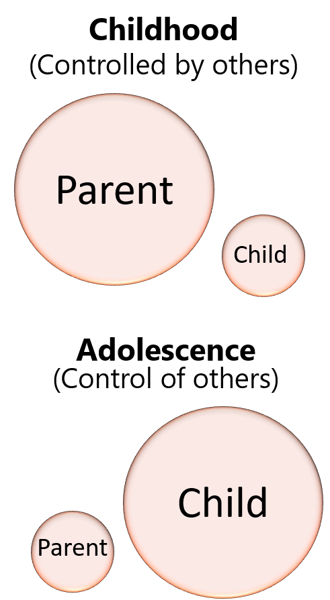 We are born into this world innocent and whole. From the ages of 0-7 our learning and survival are dependent on our ability to adapt to the world around us. As we mature through life we learn from those around us and go through a predictable cycle of maturation. If we grow up in an environment where lying is the norm, we learn to lie in order to survive and we never grow up.

Lying is the act of both knowingly and intentionally or willfully making a false statement.[8] Normal lies are defensive and are told to avoid the consequences of truth telling. They are often white lies that spare another's feelings, reflect a pro-social attitude, and make civilized human contact possible.[6] Pathological lying can be described as a habituation of lying. It is when an individual consistently lies for no personal gain.

There are many consequences of being a pathological liar. Due to lack of trust, most pathological liars' relationships and friendships fail. If this continues to progress, lying could become so severe as to cause legal problems, including, but not limited to, fraud.[9] 1

The problem occurs when someone lies:

...when this happens and someone repeatedly lies they become pathological. They lie over and over again, even when one's life depends on it.

Insanity is doing something over and over again and expecting a different result.
ALBERT EINSTEIN

When someone knowingly lies over and over again, knowing that what they are doing is wrong, they are not ignorant they are stupid... pathologically stupid:

The driving force behind these lies is the rush of power and control that one experiences as a result of lying. Chemically speaking it is the same rush (dopamine kick) that a heroin addict gets from mainlining, the cocaine addict gets from a snort of cocaine, the gambler gets from throwing the dice at the craps table. Thus, pathological lying is the primary addiction that allows addicts to effectively hide and manipulate others. Pathological liars, CAN'T NOT LIE... it becomes the root of fulfilling all their needs.

Case Study: Mr A was desperate. He was about to lose yet another job, not because he was at risk for being fired, but because his lying behavior had finally boxed him into a corner. He had lied repeatedly to his colleagues, telling them that he had an incurable disease and was receiving palliative treatment. Initially, his coworkers treated him with sensitivity and concern, but as the weeks wore on, the scrutiny of his colleagues became increasingly pointed. He had to tell more and more outrageous lies to cover his tracks and justify having a terminal illness. Finally, when the heat became too unbearable, he suddenly stopped going to work. On the face of it, it would seem Mr A told these lies to gain the sympathy of his colleagues, but the consequences of his lying, in terms of emotional distress and potential loss of job, far outweighed any perceived gain. Mr A had lost several other jobs in the past because of his lying, and he was becoming frustrated. Family members reported that he often told blatant lies, and even when confronted, and proved wrong, he still swore they were true. Mr A finally sought psychiatric help after concluding that he could not stop himself from lying.3

Defining characteristics of pathological lying include:

How to Spot a Liar

People who are not liars don't see the liar. It's a dangerous place to be, so it is best we learn How to Spot a Liar...

Possibilities for Consideration: Where is OUR Humanity

After a period of time, if no one speaks up, the lie becomes the defacto truth and there is no one to defend or correct the lie. This is how history books are rewritten and communities become conditioned to relinquish their rights and freedoms. Nazi Germany is an example of this. The lie was told about how bad the Jews were... the German people (including the Jews) passively accepted the lie.

IMPORTANT NOTE: WE do nobody a favor by tolerating their lies. When we ignore, tolerate or avoid correcting a lie we only reinforce their illusion of power and, in a sense, condone the lie (and indirectly allow ourselves to become a part of it).

Add Your Insight: Join a Community of Truth

Woven into the fabric of each Collaboration Laboratory (Co-Lab™) is a foundation of universal principles that create an environment where truth is fostered and dishonesty is identified and put on the table. What would it be like to be part of a community where it is OK to... NOT LIE? 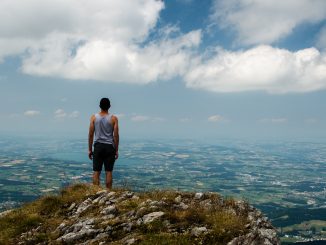 Your Beliefs Are No Longer Allowed

Your Beliefs Are No Longer Allowed